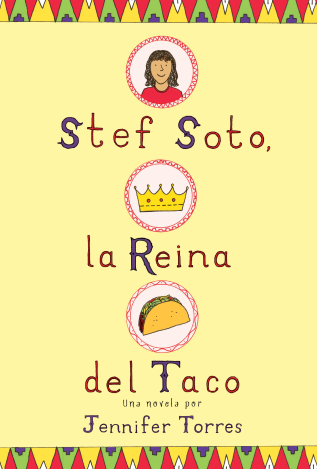 There was this year in elementary school when we came back from summer break, and the teacher asked us to write about how we had spent our vacations. I wrote sentences filled with family and food and long car trips, but when the assignment was corrected and returned a couple of days later, all that mattered to me was the red ink. Wherever I had written a word in Spanish—every tía and tío, all the carnitas and fideo—the teacher circled it and drew a little question mark on top. What is this?

I was, above all, a good student. I followed the rules. I got the answers right. So that red ink embarrassed me. It also told me—and I remember realizing this, feeling like I had figured something out—that my Spanish words, my family words, the words I brought from home were wrong. They didn’t belong in that world of school and learning and perfect cursive. So my tías became aunts. When I mentioned my nana, whether on paper or on the playground, she became “my grandma.” I stopped complaining about how Mom did my ponytail all chueca. (Even now, I don’t know another way of saying exactly that.)

I don’t want to mischaracterize. I spoke mainly English. The experience wasn’t traumatic, and it didn’t register as a loss at the time. More like a recalibration.

But I think about those little red question marks, and everything they said to me, when I think about kids and families who don’t speak English. And I have to wonder if, when they look at the bookshelves in their classrooms or their libraries, they hear it too: Your words do not belong.

It wasn’t until I was in high school that I encountered a book I recognized myself in. My mom brought me a copy of Chicana Falsa by Michele Serros. It wasn’t just that I could see myself in her stories, I could hear myself in her words. The same mix of English and clunky Spanish. It changed completely my understanding of what writing could be and whose stories mattered. All those words from home, and they were poetry.

When I wrote Stef Soto, Taco Queen, I wanted Stef’s world to sound like mine did growing up – English and Spanish. And I am so proud that, with the publication of Stef Soto, la Reina del Taco, Spanish-speaking readers can hear themselves in Stef’s story too.

I hope it’s a book that tells children that their language is a language of literature. That their language belongs in libraries. That the words they think and dream and laugh in—that they will always return to in moments of joy and vulnerability—are precious and powerful.

I do not pretend that a book can quiet the panic of a child who fears her parent may be swept up and detained while she’s at school. Or dull the frustration and heartbreak of young people forced to defend their rights to grow and learn and build a life in this country, their home.

But I hope, at least, a book can say, not just “There’s room for you,” but “You belong. You are a part of this story.”